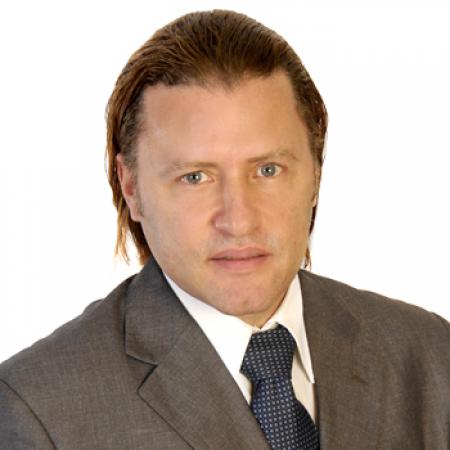 Jorge Loaiza III joined the firm in 1990 and became a partner in 2014. He was the resident lawyer in ARIFA London office from 2000 to 2005. Mr. Loaiza heads the firmÆs Shipping and Transportation Group and is an ARIFA Compliance Committee member.

With more than 32 years of experience, Mr. Loaiza stands out as one of the leading shipping lawyers in the country.

On heading the firmÆs group, having handled and currently attending to numerous standard administrative tasks in the areas of registration and mortgage filing procedures, he has also assisted and represented clients in complex sale and purchase deals, inventive ship security models, drafting of maritime contracts, under-construction ship finance structuring, technical aspects and compliance under international maritime conventions and innovating in maritime litigation strategies. He was one of the main contributors to a newly adopted Law for Promotion of Maritime Projects Financing, and has been involved in maritime litigation, promoted the creation
of judicial precedents on asset arrests and flag arrests of ships, administrative filings, and other unconventional procedures.

With a strong background and experience in corporate and commercial law, including knowledge of the common law system and comparative law at the LLM level, Mr. Loaiza provides well founded and a thorough range of legal advice, which has extended to complicated insolvency and reorganization proceedings of Panamanian corporations abroad, involving at the same time enforcement of naval mortgages and sale of vessels, overall, including assisting in respect to other type of foreign proceedings, all of which is not the common denominator of most of the shipping lawyers in Panama or elsewhere.

Thus, Mr. Loaiza has been advising clients in the shipping sector and has worked extensively with major ship finance banks, shipping companies and investors, on structured ship financings, construction, acquisitions, litigation and registration of all types of ships, mobile drilling units, FPSOs and other equipment in the shipping and energy sectors; with deep industry knowledge to creatively overcome obstacles and a global perspective on these matters.

He was member of the drafting Committee and contributor to the amendments of 2009 to Law 8 of 1982 of Maritime Judicial Procedure, and part of the joint Commission (Government and Maritime Lawyers) for complementary regulations to Law 57 of 2008 of the Merchant Marine Administration. He is currently working on some innovative legislative proposals (on promotion of ship-financing and especial maritime projects from Panama and especial property registry for vessels without Panamanian nationality) and has been called upon the Panama Maritime Authority to assist in the review and compilation of laws of the maritime sector.

As a member of the Panama Maritime Law Association, he occupied various posts within the Board of Directors from 2008 through 2012, including Vice-President in his last term. He has further participated in Committees within the Panama-American Chamber of Commerce and for the implementation of the National Maritime Strategy.

Mr. Loaiza is an active member of Shiparrested, and member of the Transportation & Logistics Committee of the American Chamber of Commerce Panama.

Prior to joining the firm, Mr. Loaiza worked as a foreign associate with Kelley Drye & Warren in Washington D.C.

An eminence in shipping finance matters

A great maritime lawyer, highly specialised in this area

He is always contactable and is a pleasant person with whom to do business.

Internationally recognised as a standout shipping lawyer, and highlighted for his strong expertise handling sector-related deals, compliance matter and disputes

He is a really good lawyer who is gifted in the technical sense and takes a really practical approach to advising clients. I can really rely on him.

He is involved in drafting regulations related to the registration of documents before the maritime authority, as well as in the creation of new shipping products

I like his direct manner. He is highly responsive and his legal opinions are always clear and very well structured.

Commended for his "outstanding performance" and "quality of service," which is delivered "in an extremely time-efficient manner."

… among the best’ in the market.

He is a very able lawyer with a practical, hands-on, commercial approach.